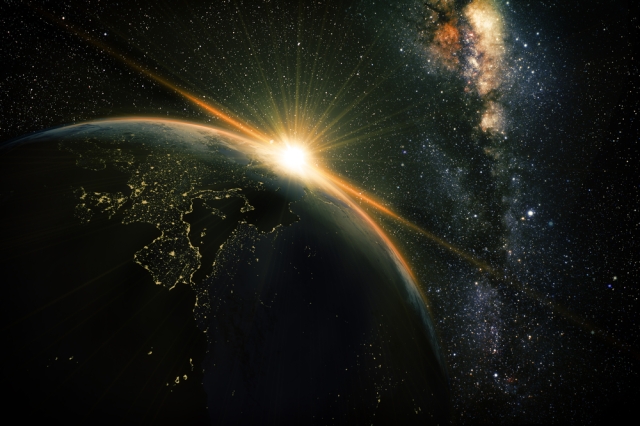 “The principal problem for the atheist is that he exists.”

It is always interesting to think about the miraculous. Any unique event that defies the laws of nature and is totally against what our everyday experience has been is certainly worth some attention. But questions remain. Are miracles even possible? In our modern and scientific age, is it even reasonable to consider an event outside of the natural realm? And if miracles do occur, what is their source?

Some of the most common arguments against Christianity have been based on the denial of miracles. I heard one of these arguments recently while watching a debate about the Resurrection of Jesus. The critic claimed that the primary function of historians is to determine what probably happened in the past. Since none of us were there to witness ancient history, we are merely piecing together a puzzle based upon evidence and probability. The argument against miracles goes something like this: Since, by definition, miracles are extraordinarily rare and improbable, they are the least probable explanation for any historical event. Therefore, a good historian can never say that a miracle occurred in the past, especially the distant past, because he/she should never use the least probable explanation in trying to determine what probably happened. In other words, it would be irresponsible for a respectable historian to reach for the least likely cause for any event in ancient history.

On the surface, this argument sounds good. It is clever, if nothing else. There are several problems, however, not the least of which is the blindfolding of the historian before the investigation ever begins. Using the probability rule exempts the historian from the consideration of all possible explanations because no matter how weighty the evidence, miracles are off the table. It is similar to naturalistic scientists seeking the origins for the universe having already excluded the possibility of a Creator. This is entering the investigation with a closed mind. It also provides an out if no other obvious explanation other than the miraculous makes sense. In the case of the Resurrection, the historian can throw his arms in the air and say, “The body of Jesus was missing, his followers claimed to see him alive, and a monumental religious movement was started. I don’t know what happened, but I know it was not the result of a miracle!”

Consider this idea from a different angle. What if the probability rule was applied to the origin of the universe or the origin of life on our planet? By astronomical, incomprehensible, and essentially incalculable odds, as high as 1 in 700 quintillion by one estimate, the least probable event ever is the random forming of a planet like earth that supports life (see article here). If we use the probability rule, we do not exist! The rule fails because we do exist. Sometimes the highly improbable is the undeniable reality. The same is true for the Resurrection. The fact is that we have an empty tomb, Jesus is not in it, and 11 of his 12 closest followers died martyrs’ deaths for refusing to deny the Ressurection. (For more regarding the historical evidence for the Resurrection see the link to the debate above). The highly improbable is the reality and it is the reality that we need to consider, not focusing on clever arguments and not starting with presuppositions that limit conclusions, which is itself unscientific (for the scientific method bases conclusions on observation not presuppositions, right?).

What about those who say the Bible is not true because it contains miracles? This is a common blunder in the criticism of Christianity. It is hard to argue against the principles of aerodynamics when airplanes are flying – the results speak for themselves. In the same way it is difficult to argue against a God who performs miracles when you see His work everyday in creation. Or put another way: It is easier to doubt the existence of the Mississippi River when you are not standing on its banks. By all accounts, based on probability, we should not be here – which means that each one of us is a miracle! The Bible says that Jesus sustains and upholds all Creation implying that each and every moment is held together by a supernatural hand! Arguing against miracles is literally undermining the very ground on which you stand. It is cutting off the branch that you sit on. The principal problem for the atheist is that he exists. If your own existence is perhaps the most improbable event ever, what business do you have arguing against improbable events?

5 thoughts on “About Miracles: When the Improbable is the Reality”