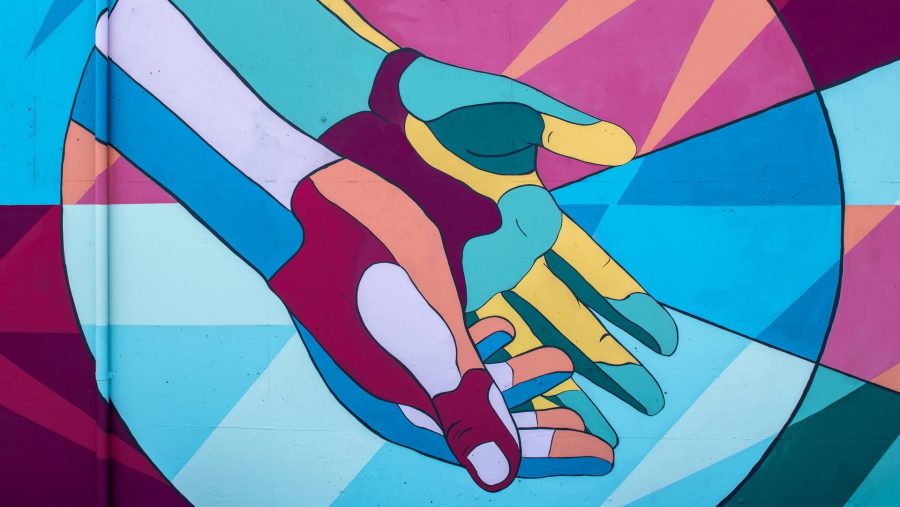 That should be a call we can all embrace, right? Before answering, consider these important questions. What is true diversity? What does it look like? And what is its purpose? When used to describe a social ideal, is diversity simply a varied group of people, cultures, opinions, and beliefs? If that is the case then congratulations are in order. We have done it! We have achieved perfect diversity because variety in our world is as broad as it possibly could be. There are literally no other people groups to add, we are all here. But what if there is more to diversity than just variety?

I would propose to you that true diversity is much more than just variety. Instead it is variety bound together by oneness. The key feature of diversity is unity.

Consider the many and varied types of musical instruments. There are winds, horns, reeds, percussion, strings, and keys. And within each category are numerous subtypes each possessing a unique appearance and producing a unique sound. Adding still more variety are the different personalities who play each instrument and the endless combination of notes and rhythms used to make music. Is this not a representation of diversity? It is on one important condition; that they all play together. Independent musicians playing individual songs in different places are not truly diverse. They have nothing in common. They do not function together. Disconnected variety is not diversity, unified variety is. When the orchestra joins together and each diverse instrument wielded by each diverse person plays its part, the result is beautiful in appearance and sound. The many and varied are joined together in unity to produce something none of them could individually.

The world is full of differing ethnicities, languages, and cultures. But when each people group is confined to the borders of its own country variety exists, but diversity does not. True diversity in the nations comes only when multiple people groups live together within the borders of a shared country, under a shared flag, submitting to the same government and so on. The number and types of cultures do not change when they are sequestered, and therefore a great variety exists, but they are not a true diversity until they come together under one unifying flag. For example, America is a diverse nation because it is one nation.

If diversity requires unity then absolute truth must be real

True diversity cannot occur if truth is relative. There must be a truth that applies to all members of the diversity for them to share a common unifying bond. The conductor who leads and the notes on the music sheets must be absolute in order for the orchestra to make coherent sounds. Each member playing their own truth will never do, there can only be one. The same holds for citizens of a country. If each person imagined himself or herself living under a different set of laws then chaos would ensue. Togetherness in a people happens when they generally live under the same true and real authority. And at times that means they must give up something of themselves to achieve that togetherness.

The world says that diversity means acceptance of relative truth. That is, each person is entitled to their own version of truth. There is no standard outside of humanity that has any bearing over us. We are free to do what is right in our own eyes. We are told that true diversity means tolerating all viewpoints as equally valid and true. “You do you, and let me do me.” So what happens when one person’s truth absolutely contradicts another person’s truth? I believe in God and you do not. Are we both right? Logically that is impossible, but we seem content to try to let each individual live in their own little “truth” bubble with no concern about a connection to reality. If I believe in God and you do not, one of us is living a lie. Our “truths” cannot both be true. And though we can coexist, we do not represent diversity because we do not take part in a common truth. We are not really part of each other. Some will say emphatically, “But we cannot know the truth.” But this is a self-defeating statement because if it is correct, it is true, and therefore we do know the truth (that there is no truth). So diversity is not multiple “truths” all existing at the same time . . . that is chaos. Instead it is multiple types of people bound together by one truth.

What do all people fundamentally have in common? Our Creator, the 3-in-1 God who personifies unified variety. The closer we come to Him the more diversity increases. Seeing God as our Father, we recognize each other as brothers and sisters. God binds us together. One ideal integral to the founding of the United States was that all people are created (by God) equal and it is no coincidence that upon that foundation we have seen the growth of one of the most diverse nations ever.

More so than any one nation, the community of Christian believers is to be diverse. The Gospel message of life and forgiveness through Jesus Christ is offered to all humanity with no qualifiers. The church should be full of all different kinds of people that share Christ as their common bond.

In the first century, believers were first called Christians in Antioch. The diversity represented there was stunning for that time in history and is an example for us today of what true diversity looks like.

Now there were in the church at Antioch prophets and teachers, Barnabas, Simeon who was called Niger, Lucius of Cyrene, Manaen a lifelong friend of Herod the tetrarch, and Saul. Acts 13:1

This list represents people from differing financial strata, religious backgrounds, and nationalities. Manaen was Greek and likely wealthy being a lifelong friend of the ruler Herod. Simeon was black and Lucius may have been also as he was from Cyrene (present day North Africa). Barnabas was a Hellenistic (Greek speaking and cultured) Jew and Saul was Hebraic Jew. This was not a coerced or fabricated diversity, it happened organically as people of all kinds responded to the Gospel. In fact, diversity was not the goal of the early church, there were no quotas to meet or committees reviewing the membership, it was simply a byproduct of people following Christ.

The body of Christ

For just as the body is one and has many members, and all the members of the body, though many, are one body, so it is with Christ. For in one Spirit we were all baptized into one body—Jews or Greeks, slaves or free—and all were made to drink of one Spirit. 1 Corinthians 12:12-13

The community of believers is to be diverse not only sociologically but also in gifting for service. As a physical body has many parts with unique abilities and appearances but all share the same head, so the body of Christ is made up of many who share the same Spirit. Christian diversity is rooted in oneness.

Sadly, many of our churches today do not look like the church in Antioch and we certainly do not always model the body of Christ perfectly. But while we strive toward these goals on earth, we look forward to their ultimate realization in heaven when people of all kinds gather as one around the throne, no longer limited by language, borders, or other barriers to fellowship. On that day, true diversity will be seen in its purest and most beautiful form, when every people group from all time are represented in one place all together affirming the greatness of God.

After this I looked, and behold, a great multitude that no one could number, from every nation, from all tribes and peoples and languages, standing before the throne and before the Lamb, clothed in white robes, with palm branches in their hands, and crying out with a loud voice, “Salvation belongs to our God who sits on the throne, and to the Lamb!” Revelation 7:9-10

The reason for diversity

Diversity does not exist for its own sake. In isolation it actually means very little. Without a foundational truth it becomes nothing more than the advancement of humanism – the building up of human beings as the end of all things. Because it grows from naturalism (the denial of supernatural), humanism is a fatally flawed endeavor that you may read more about here.

The beauty in diversity comes from the true thing that draws the differing types together. The orchestra gathers not just to be together but for the music. Believers gather together not for the reason of simply coexisting but to worship Jesus. True diversity flows as a byproduct from truth recognized. It does not need to be instituted. As a candle shines in a dark place all those with eyes will be drawn to its light. They do not gather to form a cultural kaleidoscope, they gather to be near the light and as it shines on each one the multicolored display reflects on the walls creating a beautiful mosaic of colors.

True diversity flows as a byproduct from truth recognized.

So then, we should not simply “Celebrate Diversity” for its own sake. Rather, we should celebrate those true things that create unity between diverse groups. The foremost of those is God, who loved the world so much that He gave His one and only Son that whoever believes, (that is all people no matter what they look like, where they come from, or who their parents are. Including the rich, the poor, the educated, the uneducated, the disabled, the strong, the weak, the well, the sick, the guilty, the hungry, the needy, the helpless, the powerful, the powerless, the young, and the old) would not perish but have eternal life and one day gather around His throne to praise and worship Him forever!

2 thoughts on “What Is True Diversity?”