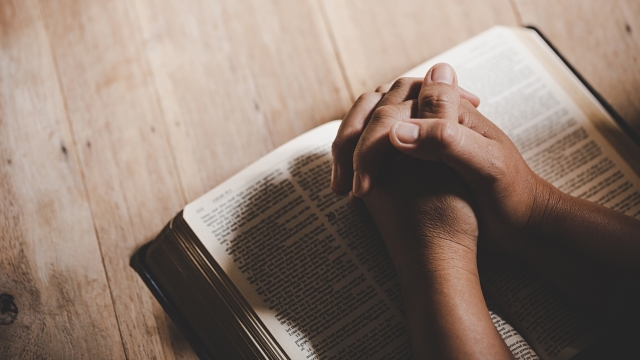 The other day I found myself in prayer about a child who repeatedly wets the bed. As I asked for patience, wisdom, and ultimately victory over that challenge it occurred to me that God was actually listening . . . and even more that He actually cared about my problem. Upon these two realizations I had to pause and marvel for a minute. In a world full of tyrannical governments, starving children, the coronavirus, unjust imprisonments, religious persecution, and spiritual darkness my request seemed so insignificant. At first I felt a little silly approaching the throne with such a meager petition. But then I remembered just how big God is.

I have heard it said that God does not concern Himself with trivial things. For those who believe in God, most agree that He created the universe, but some would question His involvement in everyday life. For them, God works in the majors, but not the minors of life. In other words, God is so big that He does not concern Himself with the small stuff. Surely He has more important things to do than to care about the outcome of a sporting event, the weather for a birthday party, or dry pajamas. According to that view, God is too great to move in the mundane.

But that attempt to elevate God ends up diminishing Him because it downsizes His capacity and reins in His power. To become busy, run out of resources, or have better things to do implies a finite ability to accomplish your goals. Saying that, “God is too great to care about potty training” imagines Him in limited human terms and therefore makes Him less great. In reality God is great beyond our understanding and there is nothing that can exhaust His reach.

The same God who channels the hearts of Kings like water tenderly comforts the hearts of His children (Prov 21:1; Isa 66:13). The same God who upholds the entire universe by the word of His power does not miss the falling of one sparrow to the ground (Col 1:17; Matt 10:29). The same God who created billions of people knows the number of hairs on each head (Matt 10:30). God is an amazing Heavenly Father because He cares not only for the nations, but also for the nominal. Do not downsize your view of God by withholding from Him your daily concerns. He is sovereign over all that exists and He is working all things according to the counsel of His will (Eph 1:11). “There is no maverick molecule if God is sovereign” said Dr. R.C. Sproul. From the orbit of the most distant planet around the most distant sun to the orbit of the smallest electron around the nucleus of one single atom God is engaged in His creation. If that is true then your small prayers point to a God who is incomprehensibly great as you trust that there is nothing beyond His care.

“Casting all your anxieties on him, for he cares for you.” 1 Peter 5:7