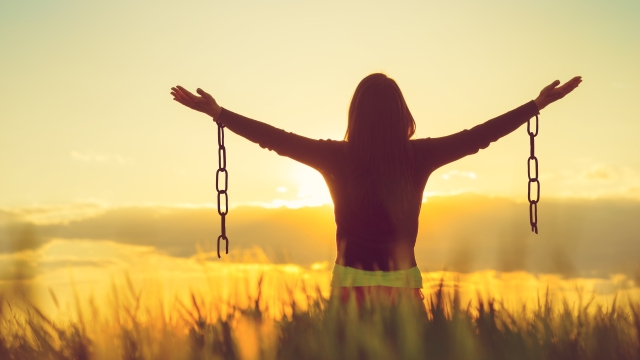 I don’t have the power to forgive . . . not in an ultimate sense anyway. It would be presumptuous of me to say, “Your sins are forgiven.” to another human being and if I did it would likely evoke the same incredulous response that Jesus received when he publicly declared those words (Matthew 9:2). Only God can truly forgive sins, the Jewish leaders in the First Century knew that fact and we still know it today. So what does it mean for me, as a finite and fallible person, to forgive an offense against me? What exactly am I doing when I follow the Lord’s command to forgive others?

Forgiveness is letting go of my desire to hold a grudge against someone who has wronged me in the past. A grudge is a persistent feeling of ill will toward another person and in many cases it seems justified from a human perspective. But what is the true source of those feelings? Why do we cling so tightly to the resentment of those who have offended us? I believe it is because we want justice. A wrong has occurred and it needs to be made right. The penalty due needs to be paid and until it is things can’t be okay. And that brings us to the deeper level of forgiving that goes beyond just an attitude change.

Forgiving is more than just a change in my emotional state, it is the removal of myself as the final judge and arbitrator of a wrong that has been done to me. My act of forgiveness removes me as the mediator between the law and the law-breaker. It frees me from a role that was never mine to begin with. There is a judge and it is not me. “There is only one lawgiver and judge, he who is able to save and destroy” (James 4:12). Forgiving is the recognition that, although I was wounded, the real offense was against God. That is why David says, “Against you, you only, have I sinned and done what it evil in your sight” (Psalm 51:4a) when confessing his adultery and murder to God.

When a wrong has been committed it is God’s moral law that has been violated, not my own. The one who offends is not guilty before me but before God. Without God and His law I have no claim to moral right and wrong and no basis to condemn the actions of another. Forgiveness is necessary first and foremost because an objective moral law actually exists and that law has been violated. Ultimate forgiveness can only come from the moral Lawgiver. I may forgive an arson that burns down my home, but because I am not the lawgiver he will still face the criminal justice system. My change in attitude does not get him off the hook.

As the moral Lawgiver, only God can forgive sins. That is why Jesus’ claim to do so brought cries of blasphemy from the religious leaders in His day. And because God is just the forgiveness He offers is not a skirting of the law, or pardon of the sentence, or dismissal of the crime. God does not arbitrarily remove sins, the penalty must always be paid, and in an act of unfathomable love Jesus Christ offered Himself to stand in the place of the guilty and take the punishment that we deserved. God forgives repentant sinners because justice has been served upon the One who took our place as the condemned. That is the difference between human forgiveness and heavenly forgiveness. While human forgiveness can be offered to anyone, even the unrepentant, heavenly forgiveness is only granted to those who repent of their sins and put their faith in Jesus Christ as their Savior.

If we confess our sins, he is faithful and just to forgive us our sins and to cleanse us from all unrighteousness.

Forgiveness on a human level is an act of faith. It is trusting in God to act righteously because He is the one and only Judge. It results in freedom from the chains of ill will and resentment. Christians are not only commanded to forgive generously because we have been generously forgiven but because the heart change that occurs in forgiving places God rightly on the throne as the only One to whom each person must give account.