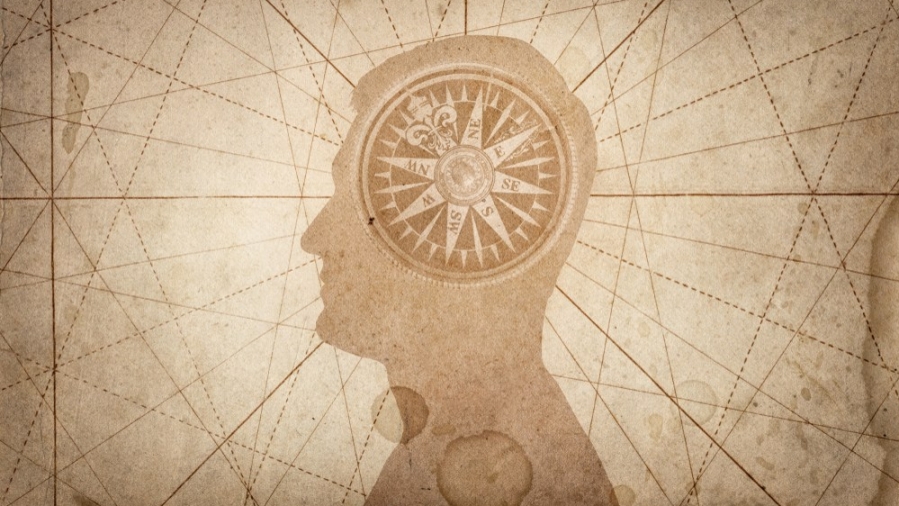 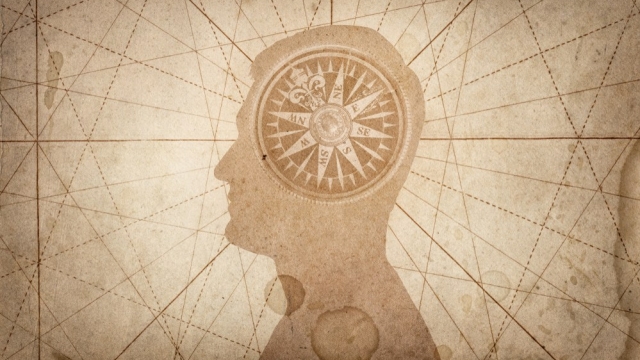 I can’t imagine the pain of losing a child. It is one of my worst nightmares. That is why the Sandy Hook Elementary school shooting of 2012 was particularly disturbing as it caused the seemingly senseless deaths of 26 people, 20 of them children. Last month I was saddened to hear that the tragedy continues as, Dr. Jeremy Richman, one of the parents who lost his child, committed suicide. As a neuroscientist, he had started a foundation shortly after his daughter’s death to search out the origins of violent behavior within the brain. Desperate for answers, he and his wife dug deep into the science of the brain searching diligently for the source of the terrible evil that had been perpetrated against their family. It was an important and noble effort, as he hoped to find a way to prevent violent attacks in the future, sparing other families the pain they carried daily. I did not know Jeremy Richman and I do not know exactly what motivated his suicide, but it would seem that he had lost hope. I do not know if that despair was due to the constant pain of losing his precious daughter, or the lack of concrete scientific answers to explain the behavior of her killer, but I assume those things weighed heavily on his heart during his final days.

As we grieve the circumstances that led to this painful series of events, an important question stands out. Was Dr. Richman searching in the right place for the origins of violent behavior? Should we be optimistic that a better scientific understanding of the brain can uncover the source of evil that plagues our existence as human beings? A related article that was linked to the story of Dr. Richman’s suicide entitled “Breaking news alert: People are inherently good, nonviolent” sheds some light on the basic premise that he seemed to be working under, namely that people are generally good and any bad behavior is a departure from our natural state. Perhaps, through scientific advancement, we could curb the corrupting forces that cause us to stray from our natural goodness and therefore create a better world?

Before we tackle the origins of violent behavior we first we need to ask, “what is good and what is evil?” In order to answer those questions we need a standard. How do we judge some behavior as good and others as less good or even evil? We need a measuring device to compare one person’s actions against another. What if we start from the common scientific assumption that nothing but the material exists? What if we accept the atheistic evolutionary worldview that is presented in most science classrooms that says we are here as the result of a series of random events with no overarching purpose or guiding force? What if we take the view that we are nothing but stuff – atoms, proteins, cells, enzymes, and chemical reactions? If that is true then to what standard can we appeal to judge what is good against what is bad or evil? To say that something is bad is to say that it should not happen, like mass shootings for example. Mass shootings are bad and should never happen, but why not? On what basis could you claim the world ought to work in a certain way if the universe and everything in it including you and your brain were produced by random chance?

The “people are inherently good” article states that evolution has hard-wired us for goodness, that we start from a place of moral purity, and that we were designed for love. If that is true then Dr. Richman was pursuing the right course when he sought natural explanations for what corrupting force elbowed its way in to our pure beginnings. But can evolution actually accomplish what it is given credit for? To exactly what standard does the blind, meaningless, and random process of evolution submit itself to? The only driving force behind the theory of evolution is survival of the fittest and most secular scientists would make the argument that for the sake of survival we have evolved into relatively humane beings, but that does not introduce an objective “goodness” standard into the universe. If, by chance, evolution had produced a human species that was inherently cruel or violent there would be no cry of “foul!” because we wouldn’t know any different. And with regards to moral purity at birth, most parents will dispute that idea as they see the indwelling selfishness of human beings from a very early age. One quote I find amusing is that, “babies do no harm, not from lack of desire, but from lack of strength” (source unknown). (The Bible is clear on the subject regarding the depravity of humans, see Romans chapter 3 for more detail.)

The materialist worldview falls short of explaining good and evil, but we all know they exist. There does seem to be a common set of rules that people try to play by, and some do so better than others. We are able to recognize the killing of 20 children as an atrocity, we are able to see the suicide of a father as tragic, we are able to see the suffering in the world as . . . wrong! Things should not be this way. The world should be a better place and we know it, but why? Evolution cannot provide the answer, science cannot provide the answer, but God’s Word can. Although tarnished by sin, all people are created as image bearers of God and reflect a measure of His goodness and that includes a sense of moral law, right and wrong, good and evil.

Even if we accept God as the standard of goodness, don’t most people measure up pretty well?

But most people are good, right? Yes, that is true, but only to a point. There is a moral compass inside each one of us that generally directs good behavior. The example given in the article is that if a stranger’s baby in a chair begins to fall, nearly everyone would reach out to steady it before the baby crashes to the ground. Thankfully, criminals like murderers or child abusers are a small minority in the general population. When we use the standard of relative goodness, how good am I compared to the people I see on the news, most of us fare quite well. But what if an absolute standard of goodness is used?

In the Gospel of Matthew, chapters 5-7, Jesus provides the most compelling teaching on ethical standards ever given. The “Golden Rule”, “praying for your enemy”, and “turning the other cheek” teachings are found here. But the most convicting section comes as He shines an uncomfortably bright light into the human heart revealing the true source of evil. Using a relative standard I can compare myself to a murderer and come away thinking that I am good. I have never committed murder and so I have never broken that standard. But Jesus said, not only murderers but, “everyone who is angry with his brother will be liable to judgement”. God’s standard is not just the outward act, but also the inward thought. According to that standard I fall short because I have definitely been angry at someone before – and so have you. What about being faithful to your spouse? Most people would believe that cheating in a marriage is wrong. Jesus, again holds the standard of goodness in this area at unreachable heights. He said that, “anyone who looks at a woman with lustful intent has already committed adultery with her in his heart.” God’s standard of goodness shows that actions are just the final fruit of much deeper seeded motivations. True goodness starts at the heart level and we are accountable not just for the things we do but for the very thoughts we think!

Have you ever wondered why God does not just eliminate all evil in the world? If He is all-powerful He should have the ability to do that, right? The problem is that using His perfect standard of goodness eliminating all evil would also eliminate me . . . and you . . . because we simply cannot achieve true goodness for even one day, let alone a lifetime.

Eliminating all evil would also eliminate me . . . and you

There is a moral law, it comes from God, but we do not follow it. C. S. Lewis wrote brilliantly about this in Mere Christianity,

“. . . human beings, all over the earth, have this curious idea that they ought to behave in a certain way, and cannot really get rid of it . . . they know the law of nature; they break it. [this] is the foundation of all clear thinking about ourselves and the universe we live in”

The origin of violent behavior or other evil in human beings is not found in the chemicals of the brain but instead in the hardness of the heart. There is a fundamental flaw in each one of us because we have turned away from our Creator. The Bible calls that flaw sin. It is the part of us that seeks to have the authority over our lives that belongs to God alone. Jesus exposes the flaw at the heart level and every honest person knows that they fail the standard of true goodness when our very thoughts and motivations are brought to trial. It is not just the murderer who needs rehabilitation, it is me! It is not just the adulterer who is guilty before the perfect standard, it is me! We are not facing a health problem that has afflicted a few individuals with a neurological chemical imbalance, we face a heart problem that has afflicted all people in all times. We are in desperate need of help! We cannot achieve goodness on our own. And that lack of goodness due to the fatal flaw of sin is what separates us from God. We need a Savior!

. . . we face a heart problem that has afflicted all people in all times.

Do you desire true goodness? What you are looking for is not a character trait or personal attribute. In fact, what you are seeking is not a thing at all, it is a person. I just finished telling you that all people in all times have been afflicted with a fatal flaw, but there is one exception. Jesus Christ is the only human being to ever live a good life by God’s perfect standard. And by His death in your place and His victorious resurrection from the dead, He offers His perfect life to you. When you accept Christ as your Savior, God looks at your life and He sees Jesus. There is no condemnation for you, the perfect life of Jesus is now your own, and you are free from guilt, shame, punishment, and separation. Everything wrong that you have ever done is accounted to Jesus and everything right that He ever did is accounted to you. By the sacrifice of Jesus you can stand perfect and spotless before God! That is the good news of the Gospel. That is why we celebrate the Resurrection this week at Easter. Jesus is alive and He gives us the opportunity to become alive with Him!

Continue to pray for the devastated families affected by the Sandy Hook shooting. This world is not the way it should be. Pain and suffering abound. But that is why Jesus came. He is in the process of making all things new and all things right for those who believe in His name.

One thought on “A Tragedy Continues: Sandy Hook, Suicide, and the Search for Evil”