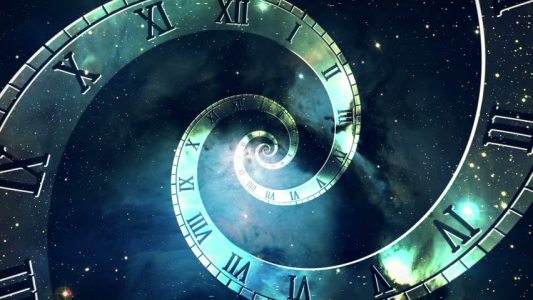 The world has lost one of its brightest minds. Stephen Hawking, the much admired and renowned astrophysicist, passed away on March 14, 2018. From the age of twenty-one years he lived bravely with amyotrophic lateral sclerosis inspiring millions to rise above their circumstances, not letting their disabilities hinder their dreams. With an unmatched intellect Stephen Hawking theorized about things such as black hole mechanics, general relativity, quantum gravity, and other mind-boggling concepts. His ideas certainly pushed the boundaries of astrophysics and challenged the assumptions of his supporters and critics alike.

The loss of Dr. Hawking is heart-breaking on multiple levels. Of course in one sense, any loss of human life is heart-breaking, but the passing of one as talented and gifted as Stephen Hawking somehow feels more so. It is not everyday that we lose a once-in-a-generational mind that profoundly influenced so many around him. On a spiritual level, the loss is even more devastating because he dedicated his life to explaining the depths of the cosmos and the most complicated intricacies of the creation all while missing out on the Creator.

We are each free to believe what we want and it is my view that the simplest explanation is there is no God. No one created the universe and no one directs our fate. This leads me to a profound realisation. There is probably no heaven, and no afterlife either. We have this one life to appreciate the grand design of the universe, and for that, I am extremely grateful. – Stephen Hawking

His unrivaled mind in theorizing about the cosmos was unable to see the mind from where it came. At the same time he was demonstrating incredible insight into the natural universe he lost a perspective for anything beyond nature. He revered the laws of physics to the point where he denied they had a source and in the end worshiped the creation rather than the Creator, even directing his thanks to the “grand design of the universe” rather than a personal God!

An intellect like Dr. Hawking’s is to be admired but intelligence, knowledge, and wisdom are nothing but foolishness when they are turned against their Creator.

“I will destroy the wisdom of the wise, and the discernment of the discerning I will thwart.” 1 Cor 1:19

The problem with the wise in these passages is not a lack of intelligence. Like Dr. Hawking, these people could have been geniuses!

The problem is that in all their learning they disregarded God.

They thought that the knowledge was both the means and the end. All the understanding in the world, without an understanding of God, becomes foolishness as the truth of God is exchanged for a lie, and the created thing is worshiped instead of the Creator (Romans ch. 1).

I am truly sad today as I think about Stephen Hawking. I pray that he took the opportunity in his final hours to acknowledge and receive the grace and forgiveness that God offers freely to all who would call on His name.

One thought on “The Heart-Breaking Loss of Stephen Hawking”